What It Is/What It Isn't - Libertarianism

I think it's fitting to start off my school marm suite with the number one question I hear from people: What is Libertarianism?

Now when I answer this question with spoken words, I tend to keep things general to avoid ruffling the feathers of those are deep into the right or left. This leads to either a puzzled expression or some form of scoffing. Yeah. Not good. So I'm taking the opportunity here to explain a little bit more concisely the idea of liberty and what the LP stands for. The plan is to not only create a resource for others but for myself as well since writers have a way with the written word only. Trying to form a complete sentence whilst under pressure (and after my brain has been melted by two pregnancies) is a surefire way for me to forget how to English goodly.

At the end of this post, I'll also provide links to some resources to help further your research and understanding.

So what is this libertarian thing anyway?

The Libertarian Party was founded in 1971 by David Nolan 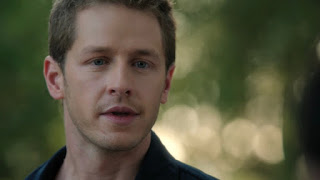 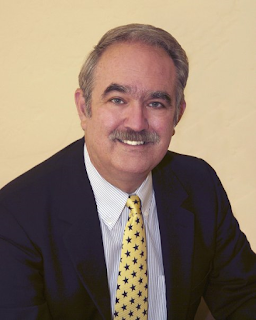 The party and its ideals were born in Nolan's living room in response to the Vietnam War and Richard Nixon's fascist moves on the economy.

In the 45 years since the LP has grown from just a handful of disillusioned Republican defectors to over 327,000 registered voters. Keep in mind this number is just based on registration numbers. There are plenty of liberty-leaners who register as independent or no party affiliation (like me). If the 2016 presidential election was any indication, the tides are shifting towards a desire to protect individual liberties.

While Gary Johnson and Bill Weld are not the best examples of what the LP has to offer, they did snatch up roughly 4 million votes with an even split between male and female voters. Not too shabby.

The basic principles can be summed up into a few basic points:

1. Self-ownership and individual responsibility are at the core of the values.
2. Adhere to the Non-Aggression Principle. The use of force to achieve any gains personal or otherwise is verboten.
3. Focus on a free market economy
4. Advocates a small federal government that works within the constraints of the Bill of Rights.
5. (Income) Taxation is theft.
6. Voluntarism and charity > government programs

While this by no means is all of them, these points are the simplest and most universally agreed upon in the liberty circles.

There is also a need to buck the outdated (and corrupt) two party system in favor of allowing the people more choice in the political arena. The 4% (about 5 million people) of votes for third parties in 2016 is evidence of this. 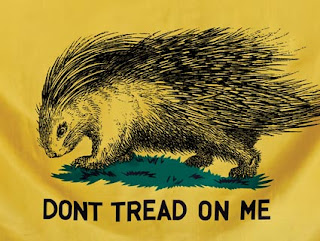 The primary focus is to shift the national thinking from, "the government need to regulate/control/pay for/be involved in everything" to "allow the public to make their own decisions/vote with their wallets/be in control of their own lives." With the number of federal regulations on everything from education to economics to whether or not we can collect rainwater on our own property, growing exponentially every year, our freedoms are being eroded. Some would say that having personal belongings rifled through or a thorough pat-down at the airport is worth it for security, but where is the line? Giving up our individual liberties is not the path to security, prosperity, or anything else. History has shown (over and over) that such power is guaranteed to be corrupted. We are the frog in the proverbial pot of water. The government is slowly turning up the heat (taking our freedoms) and it's only a matter of time until We The People boil to death.

The common perception is that because of the LP views on small government and focuses on individuals, that we are a selfish lot. Thus the libertarian principles being twisted to fit a narrative. There are many, but I'll go ahead and debunk a few here.

By wanting to shift the focus on to charity and voluntarism rather than subsidies and handouts. The idea is to not only rev up a more local/community minded people but to allow the poor/underprivileged/low skilled to maintain not only their liberties but also their dignity and humanity. Don't confuse this with, "pull yourself up by your bootstraps." That's not what this is. It's encouraging people to use their time and money for good rather than have the federal government do it the most inefficient and expensive way possible.

"Libertarians are supporters of big corporations and crony capitalists."

That is a big negative there. The LP places value on a free market and a more laissez-faire approach to the economy. Keep the government from meddling in the affairs of the market. By allowing for the open exchange of goods and services, the small business owner is more likely to be empowered and successful. Thanks to the federal government, the larger more corrupt corporations have more leeway to throw their weight around and smash the little guy. Let's not forget that larger business entities are also political lobbyists who keep political palms greased in their favor. The LP is rather against that. In a free market model, products and services that serve a purpose and are good quality would be allowed to succeed whilst poor quality and lousy service would close a business down. There is no "too big to fail" and no Goliath trying to take David out. Remove government regulations that strangle smaller businesses and watch what happens.

Nope. While the party is much more welcoming of an atheist viewpoint than say the Right, the LP is not inherently anti-religion or anti-spirituality. Being supporters of the Bill of Rights and the Constitution, the LP supports the right to practice your own religion as dictated by your dogma. What is NOT okay, is trying to force your beliefs on others or to cause violence because of them. Because of the need to uphold the NAP there is a built in code of morals and ethics that comes along with that. Ending drug prohibition doesn't mean everyone should get to run around wasted. Driving while intoxicated is still dangerous and should be a punishable offense. Same goes for drugging children and non-consenting adults. If you are a grown adult giving your consent to partake in something not good for you, party on. There are clinics where an addict can exchange dirty needles for clean in order to stop the spread of disease and a push for rehab over jail time for users. By ending the Drug War, the hope is to be rid of the drug lords, gangsters, and violent crime that goes along with it.

"Libertarians are materialistic and pro-rich guy."

I think this stems from the "taxation is theft" mantra. By wanting a worker to keep what they make and doing away with income tax (and in conjunction, the IRS), the LP has developed a reputation for being greedy. It's really quite the opposite. The Left-wing cry for wealth redistribution and higher taxes could be described as being as such because those people did not work and earn the money they want to take. Therefore, they are wanting to take a portion whether the other party agrees or not (taxation = theft. Get it?). Wanting an individual to keep the money they worked hard for is not greed because nobody wants to take it. There are infrastructure and some things that tax dollars are necessary for and for that, there is a lot of support for the Fair Tax. A tax collected on consumables rather than on income. This way, the money is only taken based on what an individual chooses to spend their money on and evasion is nearly impossible. This is the simplest way to guarantee that everyone "pays their fair share". Since the rich make and generally spend more, they will end up contributing more. No loopholes, no cronyism, everyone participates.

I'll admit, there is a healthy amount of skepticism here, but not for the reasons you'd think. The issue isn't about alternative energies, eco cleanup systems, or saving the whales. The first issue is the gleeful jumping in and the subsequent growth of the federal government. History has shown over and over again that when a governing body gets involved in something, then the results are minimal at best and an expensive disaster at worst. The second issue is that climate change/global warming/global cooling/whatever you want to call it is a natural phenomenon that the planet cycles through on Her own (fossil and geological evidence has shown this). Some just aren't sure how much of in impact man has had in our brief time on Earth (don't jump on me, this is from discussions I've had with others, not necessarily my personal opinion). With that controversial tidbit said I can say this: the LP will always support free market solutions to issues. The greatest innovations in the history of man have come out of someone's garage or basement. An individual sees a problem or a need and develops technology as a solution every time. A governing body cannot say the same thing. In fact, they can usually boast the opposite in suppressing "greener" energy sources. Therein lies the source of the hesitation to jump on the climate change bandwagon. 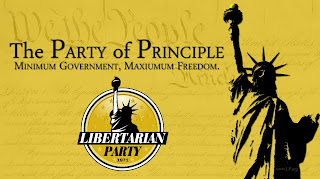 I hope I was able to give some clear, basic information to start you on your liberty journey. There is really only so much that can be published into one simple blog post, but I hope I've managed to at least, garner enough interest for you to continue your research.